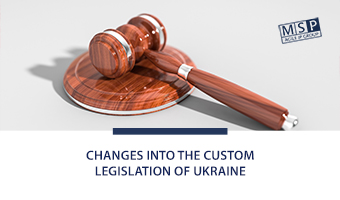 Changes into the custom legislation of Ukraine

In the frame of harmonization of the Ukrainian laws with the legislation of European Union the process of implementation of changes into the Custom Code of Ukraine has been successfully started. In particular, on September 20, 2019 the draft of Law No. 1230 as to amendment of the provisions concerning the protection of intellectual property rights while transferring the goods through the state border has been endorsed by the parliament in the first reading. The process of implementation of the said changes has not been completed yet, still it may be expected soon.

The draft of Law No. 1230 provides inter alia the following amendments:

Summarizing the aforesaid, the offered changes should clarify and simplify the custom border measures as well as increase the effectiveness of fighting with the counterfeit goods and preventing entrance thereof to the territory of Ukraine.