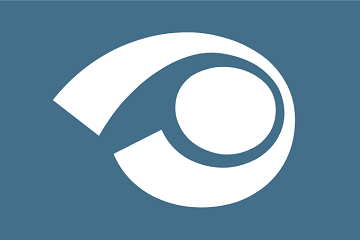 Eurasia is a large landmass covering about 53,990,000 km ², or about 10.6% of the Earth's surface. Often considered as a single continent, Eurasia comprises the traditional continents of Europe and Asia.

The countries of the former Soviet Union included Russia and 14 other Soviet Socialistic Republics. Officially it disintegrated on 31 December 1991 and was replaced by the Commonwealth of Independent States (CIS).

Nowadays each of the former Soviet Union's Republics has its own Patent Office and Patent Procedure, which are consolidated by the National Legislation of each country. Some of them are the members of the Eurasian Patent Organization - Regional Patent System, established by the Eurasian Patent Convention. So if one decides to protect Intellectual Property in one, several or all countries of the countries of the former Soviet Union, it is possible to apply for a legal protection in each of them, i.e. file the certain number of the national applications.

In order to contract financial expenditure the Eurasian patent system may be used and Eurasian Patent that is valid in 8 countries may be obtained.

Why choose the Eurasian Patent Procedure or its advantages

- filing one application in one language, instead of filing the separate ones to the National Patent Offices
- one representative for all steps during the procedure
- one language that helps to reduce translation costs
- one examination procedure that enables to save time and money
- legal protection covering a large region with relative simplicity: unified legal protection of the invention in all Contracting States by obtaining one Eurasian Patent
- after granting of the Patent it must not be validated by national authorities
- simplified procedure of paying annual fees for every number of countries through the Eurasian Patent Office
- obtaining a strong Eurasia Patent since all Eurasian applications have to undergo substantive examination.

It is also significant that the Eurasian Patent System is flexible and user-friendly in terms of time limits for the grant of the Eurasian Patent, the possibility of extending time limits and restoring rights in an Application or a Patent, where such rights were lost as a result of failure to meet time limits, as well as provision for accelerated processing.

The necessity of creation of an intergovernmental organization for the legal protection of the industrial property in all of the above-mentioned countries of the former Soviet Union has been already realized in 1990.

As a result of the idea of a patent system covering the Territory of Eurasia there was founded an intergovernmental institution - The Eurasian Patent Organization (EAPO) set up by the Eurasian Patent Convention (EAPC) which was signed in 1994 and came into force in 1995.

The main purpose of activity

The main purpose of the EAPO is to create an interstate regional system of legal protection for inventions on the basis of a common Patent of Eurasia having legal effect on the territory of all the Contracting States of the Convention.

Also, it is important to note that the Republic of Moldova was the EAPC contracting state before April 26, 2012, but has deposited a notification of denunciation. Eurasian patents issued before this date will take effect on the territory of Moldova. However, at the moment the patent protection in Moldova is possible only via filing an application to the national Patent Office of the Republic of Moldova. It is also essential that till now 3 countries (Georgia, Ukraine, and Uzbekistan) also have become the signatories of the Eurasian Patent Convention, but have not ratified it.

Data on Eurasian Applications and Patents is available on the site of EAPO at: http://www.eapatis.com/catalog/

Additional information on various topics related to patenting in Eurasia is available on the official EAPO website at http://www.eapo.org/en/

It takes from 2 to 4 years to register the invention in Eurasia.

Language for proceeding is Russian. Therefore all applications and documents should be filed or later translated into Russian. All correspondence with the EAPO should be done in Russian and exceptionally through the registered Eurasian Patent Attorney. In spite of seeming complexity, this fact helps to avoid the necessity of drafting documents into the different languages of the States Parties.

In contrast to the European Office's Procedure, in Eurasia it is not necessary to designate the Contracting States when filing the Eurasian Patent Application.

The opportunity to designate the countries for the legal protection comes only when the Eurasian Patent is granted. If a patent owner does not pay a due annuity for a certain country, the patent becomes invalid on the territory of this country.

Priority under the Paris Convention should be claimed within 12 months from the filing date of the initial application. If for reasons beyond the applicant's control the application can not be filed within the specified time limit, an extension for two months may be granted.

Time limit for entry of PCT application into regional phase is 31 months from the priority date.

By this date EAPO should be provided with the request for the Eurasian Patent and a document on payment of official filing fee. All other documents including Russian translation can be filed within two months after the filing date.

Even if the application is refused by the Eurasian Patent Office the applicant may file a request with the Eurasian Office designating those Contracting States in which he wishes to file the Patent Application according to the national procedure within a term of six months from receipt of the Refusal Decision.

Convention priority can be also grounded on the application filed to the Eurasian Patent Office.

The following objects are not recognized as inventions:

In addition, Eurasian Patents cannot be granted for:

Who may apply for a Patent?

Any natural person, legal entity, organization or the group of applicants can file Eurasian Application. Applicants who do not have their residence or principal place of business in one of the Contracting States of the EAPC have to file application and communicate only with the assistance of the registered Eurasian Patent Attorney.

- Full name and address of the applicant(s)
- Full name and country code of residence of the inventor(s)
- Document confirming the right of the applicant(s) for 80 % discount, in case the applicant(s) has residence in country where per capita Gross National Income is 3000 USD or less (may be filed within four months from the date of the Official Request)
- Detailed description of invention with claims, abstract
- Drawings (if any)
- Sequence listing on CD (if any; can be submitted within four months from the date of the Official Request)
- Priority number, date and country of the first application, if convention priority is claimed (certified copy of the first application may be filed within three months from the filing date)
- International publication, international search report, international preliminary examination report for entry of PCT application into national phase
- Simply signed Power of Attorney (legalization and notarization is not required; the original of signed Power of Attorney must be filed to the Eurasian Patent Office within 2 months from the filing day, otherwise the Official Fee for late filing of the Power of Attorney has to be paid).

The procedure of examination is quite common and consists of two stages: formal and substantive examination.

Please note that substantive examination request has to be filed within 6 months from the date of publication of PCT Application or simultaneously with entering of PCT application into regional phase.

The Eurasian Patent Application is published by the Eurasian Patent Office after the expiration of a 18 months period starting from the filing date or, if priority has been sought, from the date of priority. It may, however, be published earlier at the applicant's request upon payment of an additional fee.

The Publication of the Eurasian Patent Application affords provisional legal protection within the scope of the published claims on the territory of all the Contracting States.

No national validation in the Contracting states has to be initiated. The Patent Owner can limit the territory of legal protection for the invention by not paying the annuities in these countries.

Most fees relating to the Eurasian Application or Patent are paid to The Eurasian Patent Office.

Statute on Fees of the Eurasian Patent Organization may be found at: http://www.eapo.org/en/documents/norm/poshlina_txt.html

Applicant(s) have the right for 80 % discount for the official fees, in case the applicant(s) has residence in country party of the Paris Convention where per capita Gross National Income is 3000 USD or less.

The right to the discount should be confirmed by the appropriate document (may be filed within four months from the date of the Official Request).

The list of States Parties to the Paris Convention on the protection of industrial property eligible for reductions in fees may be found at: http://www.eapo.org/en/documents/norm/prilposh_txt.html

The maintenance fees shall be payable for each year which follows after the grant of the Eurasian Patent by the date corresponding to the filing date of the Eurasian application.

Annuities are to be paid in designated by the applicant Contracting States in which he decides to obtain the legal protection for the invention.

The maintenance fees are paid not in each designated country, but only to the Eurasian Patent Office.

Rule 53 of the Patent Regulations provides that an opposition is to be filed within six months from publication of the mention of grant in the Official Bulletin and an opposition fee is paid. Thus, the term for filing an opposition is three months shorter than with the EPC.

The following cases are the reasons for opposition:
- the grant of the Eurasian Patent had no legal basis owing to the invention not meeting the patentability requirements
- the claims include features that did not appear in the Eurasian Application as originally filed.

Amendments to the Patent Application can be made upon the request of Eurasian Examination Board or of the own volition of the applicant. Such amendments may not expand the scope of the Patent and may be made before a decision on granting a Patent is taken.

Any amendments or corrections to the Eurasian application proposed by the applicant on his own initiative shall be made after the payment of the prescribed additional fee.

After the patent is granted technical or obvious errors in the Eurasian Patent may be corrected upon payment of the prescribed fee.

The patent owner also may request the Eurasian Patent Office to change the list of inventors. Change of list of inventors is the subject to payment of a prescribed fee and can be made only by approbation of all the parties.

Any kind of information made available in the world before the priority date of the application is considered to be destroyable for the novelty of the invention.

However there is a grace period of 6 months. Disclosure of information relating to an invention by the inventor, applicant or any person who has obtained this information from them directly or indirectly is not regarded as prejudicial to the patentability of an invention if the patent application was filed to the Eurasian Office not later than six months after the date of disclosure, or the date of priority where priority was sought. Proof of the circumstances of disclosure is reserved with the applicant.